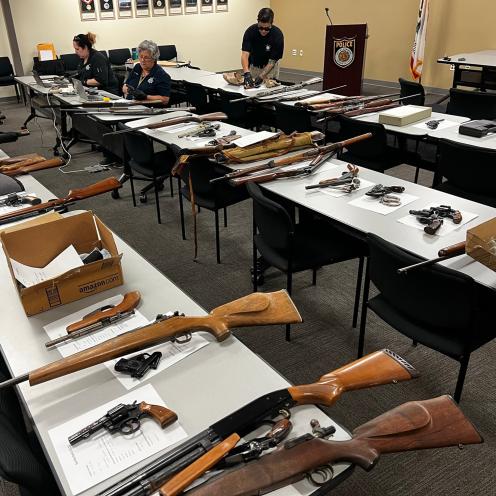 “Sacramento police collected some 130 firearms as part of a “gas for guns” buyback program.”

Starting this week, I have decided to switch from COVID-19 social marketing sightings to mass shootings Social Marketing Sightings.  I will be sharing over the next several weeks, maybe months, strategies that appear to be being used to influence behaviors that will reduce the likelihood of mass shootings. If you notice any, please leave a comment on this post or reach out to me at nancyrlee@msn.com.

In this blog post, I would like to share an article spotted in the New York Post on a prevention initiative by the Sacramento Police Department. The department launched a program exchanging guns for gift cards that are reimbursable for fuel; leveraging the hike in gas prices. Below is an excerpt from the article;

Gas has become so expensive in California that Sacramento police offered $50 gift cards for fuel as part of a “gas for guns” buyback program that generated an overwhelming response from the public. The Sacramento Police Department announced on its Facebook page that it managed to get 134 guns off the streets on Saturday as residents were offered the chance to turn in the weapons “with no questions asked and no identification required.” More than 100 people were given $50 gas gift cards as part of the “Gas for Guns Buyback” plan — a welcome relief for motorists in the Golden State, where the average price for a gallon of regular unleaded stood at $6.07.”  The police department ran out of gas gift cards within 45 minutes of an event that was originally slated to last around five hours, KTXL-TV reported.